The Intrinsic Value of Your Network 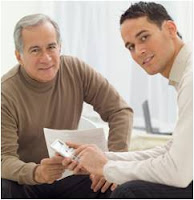 Recently I've run across many articles on networking. No doubt our faltering economy has much to do with the renewed interest in this topic. And rightfully so, for networking should be the centerpiece of your business development strategy, whether the economy is weak or strong.
I expect networking will also take on growing importance in how we recruit talent. No longer can this remain simply an HR function. Firms will need to draw on the collective relationships of their employees to find adequate new hires to fuel their growth goals.
But there is a value in tending your network that goes beyond merely meeting the current pressing needs of business. This came home to me, surprisingly, when I first went out on my own and was in desperate need of clients. It occurred to me during that time that attempting to jump start my networking efforts to drum up new business obscured the reason those relationships really mattered.
After 32 years in this business, I found myself pondering what my legacy was. What had I done of real value over all those years? What were my lasting accomplishments?
Unlike most of you, I hadn't designed much--some roads, sewer lines, parking lots. There were no buildings or bridges I could point to and proudly say, "I had a key role in that." I never started a company that would live on after I retired. Most of my greatest achievements as a manager or consultant had been or would ultimately be forgotten, usually swept away in the wave of a management or ownership change. So what exactly had 32 years on the job produced, other than an income?
That's when I had the epiphany that changed the way I think about networking. What really mattered after all those years were the relationships I had developed and the opportunities I had to help others. Those relationships aren't important today just because I might be able to mine them for information, a referral, or a new assignment. They have their own intrinsic value beyond whatever business benefits they might yield. They're valuable even if they don't help my business at all.
Upon recognizing this, I also realized something else: I had done a poor job of maintaining many of those relationships. I had moved on, or they had--a new job, a new location. I had lost touch with some of my favorite colleagues and clients. In some cases, I had no idea where they were now. Thanks to Google, I was able to relocate most of them. Unfortunately, I haven't necessarily done a good job keeping those relationships current (another victim of the curse of busyness!), but I keep working at it.
So now when I'm helping my clients improve their business development process or providing sales training or speaking at a conference on the subject, I always stress the importance of networking. But not just as a sales tactic. I encourage people to get serious about networking for the intrinsic value of those relationships alone. Bottom line: Make friends, take care of them, and you'll reap the rewards, both personally and professionally, for years.
This is not just advice for old guys or rainmakers or managers. It's sound advice for everyone. I urge young professionals to develop the habit of building and nurturing their network now so hopefully they won't struggle with it as much later as I do. It takes time and discipline. You must make it an immutable priority.
One final point: Yesterday I facilitated a meeting where the national business development director for one of the largest firms in our business stood up and implored everyone to focus on those important client relationships. But, he said, give first priority to the most important relationships of all--your family. Great advice! He too recognizes that our careers are summed up in the strength of the relationships we forge along the way, both at home and at work.
Posted by Mel Lester at 12:12 PM