Success, For a Change 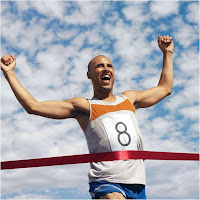 Studies indicate that approximately 70% of organizational change initiatives fail. That means we've all experienced it. And while it can be constructive to review the reasons for failure, I'm devoting this post to looking at one of the rare exceptions. Of all the change efforts I've been involved in, this one was easily the most successful.
The scenario: My former employer was a midsized, national environmental services firm with a stellar reputation and an impressive client list (they've since merged with another company). One day our largest client rocked our world by threatening to fire us if we had another safety incident at one of their sites. It wasn't that we were particularly bad at safety; the incidents of concern involved our subcontractors, not our staff. But we clearly had not made safety performance a priority. Now it was, with $30 million in annual revenue at stake.
Thus a broad-based safety initiative was launched. Let's examine the key steps we took in the context of the four stages of organizational change discussed in my previous post:
Stage 1. Edict: As I noted in the earlier post, not establishing a compelling reason for change is one of the most common causes of failure. This particular change effort got off to a strong start because we had a strong Edict--through no credit of our own!

Stage 2. Effort: Like most firms in our business, we had elaborate safety policies and procedures. But they needed an upgrade and heightened awareness and enforcement.

Stage 3. Ethic. A forceful Edict and well-designed Effort help shorten the track to the Ethic stage. This stage takes root when people begin to see the value of the changes you've been making. Some things we did to promote the transition to Ethic and beyond:

The results. From 1999 through 2003, our OSHA Recordable Incident Rate dropped from 3.86 to 1.00, well below the industry average of 1.7. Other metrics also improved substantially to levels that bettered industry standards, most showing regular annual improvement. We could justifiably claim that our safety process had exceeded that of the client who initially told us we had to get our act together.

Hopefully you've found this example helpful, regardless of what kind of changes your firm needs to make. The specifics may differ, but the basic principles of this successful initiative apply to most any change effort. Yes, it can be done. But it takes tough, sustained effort, and focused management attention. Think you're ready?