Why Negative Reinforcement Seems to Work 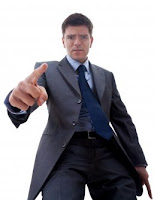 If you want employees to do something, you tell them what to do. If you want them to continue doing it, you'll need to use appropriate consequences. The steps you take to start behaviors--preparing a plan, assigning tasks, providing training, implementing a new policy--are not very effective in sustaining those behaviors. Consequences are.

The efficacy of reinforcement is influenced by three key factors: (1) positivity, (2) proximity, and (3) probability. Positivity is the degree to which the reinforcement is viewed as positive or negative (or somewhere in between) by the recipient. Both positive and negative reinforcement can increase desired behaviors, but there is a substantial qualitative difference in the results.

So positivity is important, but what really affects the power of reinforcement is the combination of proximity (how soon after the behavior the reinforcement takes place) and probability (the likelihood that the reinforcement will occur). The two go hand in hand. When reinforcement (or consequence) comes shortly after a behavior, the probability of it is obviously higher. When it is delayed, it becomes less certain. 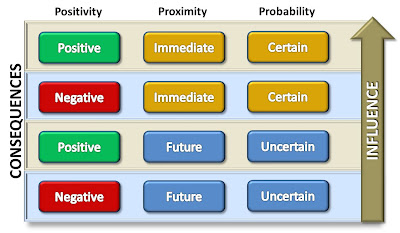 This chart reveals why negative reinforcement often seems to work best. It's because it's typically more immediate and certain than the ways firms commonly attempt to use positive reinforcement. If an employee messes up, the criticism, threat, or punishment usually follows shortly.

What about positive reinforcement? The first problem is that it is in short supply. One survey found that an astounding 65% of American workers claimed that they had received no recognition for good work over the past year. When I've done employee surveys at A/E firms, I've always included a question about how well employees are recognized or rewarded for a job well done. And this question has consistently produced one of the lowest scores.

The other big problem with positive reinforcement, as practiced, is the tendency to delay it. When I ask A/E firm leaders what steps they take to improve performance among their employees, the first thing mentioned is usually their bonus or incentive compensation program. Indeed, according to ZweigWhite, 9 out of 10 A/E firms have some such system in place and widely believe it improves performance.

But traditional bonus or incentive programs are more accurately called rewards, not incentives. They fail to meet the basic criteria for positive reinforcement, which are:

Let me encourage you to assess the prevailing approach in your firm, office, or department. How much positive reinforcement do you see? How much negative? How much neglect to provide either type of reinforcement? And what is your style as a manager or leader?

In a tough economy, can you ignore proven steps for improving employee performance?