Why Leaders Are Way Better Than Bosses 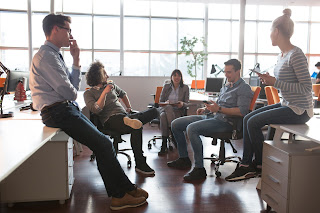 Those appointed boss usually feel empowered. I felt intimidated—and that ultimately made me a better leader. When I was asked to step into the branch manager role for a 35-person office, I was leaping over several people on the organization chart that I considered my senior. One was a principal in the firm (and the former branch manager).

I couldn't envision myself telling these people what to do. Instead, I would need to persuade and inspire them. In other words, I would need to be more leader than boss. It worked. The office performed very well and was an incubator for several operational innovations (thanks to my dual role as leader of our corporate quality and service improvement initiative).

That experience reinforced my convictions about leadership, that the real power is held by those you lead. Sure, you can force them into compliance. You're the boss! But you cannot make them give you their best efforts. That comes only voluntarily. Your role as leader is to evoke their want-to rather than enforce their have-to.

Much has been written in recent years about employee engagement. Studies show that an engaged workforce produces greater profit, growth, shareholder value, quality, innovation, customer service, and loyalty to the company. These results flow in large part from discretionary effort, employees willingly going beyond what is required to deliver more of what is possible.

Leaders induce discretionary effort; bosses extract compliant effort. Leaders motivate; bosses mandate. All else being equal, employees who want to follow you will always outperform those who have to. That's why converting bosses into leaders is so important for any firm. Here are some steps you can take to further make that transition:

Prefer asking over telling. We teach our young children the value of asking nicely then sometimes forget the lesson when stepping into a position of authority. The principle still applies in the workplace. But there's another reason to master asking good questions...

Seek advice as much as you give it. The most successful leaders never stop learning, so they don't hesitate to ask others for insight. That includes their employees. The strength of working in an organization is the variety of perspectives, experiences, and talents available. But these assets need to be effectively tapped, which strong leaders do by empowering others and seeking their input.

Exert your authority judiciously. Pulling rank over employees is necessary sometimes, but doing so routinely dilutes the contributions they could make if able to exercise some discretion. This a step of faith that many bosses are hesitant to take. They think they strengthen their impact by asserting their authority more. But the opposite is actually true. Willing followers are far more productive than those compelled to follow.

But set standards and firmly uphold them. This is where many collaborative leaders get in trouble, by letting employee discretion spiral into dysfunction. When values and standards are on the line, it's time to assume your role as boss. You cannot tolerate willful violation of these core principles or they will lose their power to guide organizational behavior.

Teach others to follow your example. Bosses exert tremendous influence on the workplace environment. Gallup research found that the number one reason employees leave is dissatisfaction with their boss. One of your foremost duties as a leader is to help other bosses grow into effective leaders. And the best way to do that is by your example.

Apply the Time Investment Principle. When you are a leader, you must invest time in helping others grow and improve. That's the way you multiply your impact. One of the most common shortcomings I see with bosses failing to be leaders is their inability to carve out enough time to invest in others. They are so consumed with their own productivity that they fail to help those they lead become more productive and effective. The Time Investment Principle reminds leaders to prioritize team achievement over personal achievement.