How to Edit a Proposal for Impact 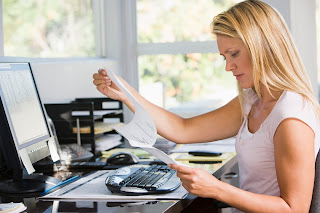 Among my many responsibilities as the corporate proposal manager for a national
environmental firm, my role as editor was particularly important yet probably underappreciated. Like any proposal professional, I depended on others to generate the most crucial content—notably that related to our strategy for making the client's project a success. I worked with some of the smartest experts in our business, but they often didn't look all that smart in writing.

Weak writing is prevalent in our industry. Technical professionals don't typically get much training in writing skills, which is unfortunate considering how much writing they do. For environmental professionals, their most common work product is a written report. They generate countless emails communicating with clients, coworkers, and other project stakeholders. And they usually have to write a proposal to get the next contract. Many of them need an editor to convert their writing into something more readable and impactful.

As a proposal manager, I typically performed what is called deep editing. This involves going beyond the usual cosmetic editing that focuses on catching typos, misspellings, punctuation errors, and bad grammar. Deep editing strikes at the very heart of the communication process, addressing content, structure, style, and presentation. In proposals, it seeks to transform an original draft that is dry and stilted into a compelling narrative that demands the client's attention.

Most proposal professionals aren't given the latitude I had to essentially reorganize and rewrite the drafts provided by our technical experts. That freedom was the result of a 75% win rate for our firm's largest and most critical proposal efforts (representing over $300 million in new fees). I earned my colleagues' trust, although some of them still described the process of seeing their drafts totally reconstructed as "painful." But they were willing to endure it in hopes of securing another key win.

What follows is the editing workflow that I typically used. If no one person on your proposal team has been empowered to do the deep editing described, then the team can collectively apply the basic process. In either case, this is a proven technique for taking your proposals to the next level. This work flow isn't intended to suggest a fixed sequence of activities, but generally I would work through the four "filters" (or steps) in the order indicated above. Here's a breakdown of the four filters:

Access is the door into your proposal's content. Ignore this step (as most do) and the subsequent steps may be for naught. The key here is to present your most critical messages in a manner that they can be readily found and understood. The vast majority of proposals I review have no apparent central theme or key messages that convey the core of the proposal's content. They simply passively respond to RFP instructions to provide this or that information. Boring!

The starting point for defining Access is what I call the Two-Minute Drill. This exercise imagines that you had to orally present your entire proposal in just two minutes. What would you say? Usually this exercise yields a central theme or differentiator and 3-5 key messages that support it. These provide the superstructure upon which the rest of the proposal will be constructed. Before you get to this step, your firm should have identified as part of the sales process which key messages will resonate with the client.

Don't assume that your proposal will be read word for word. Most reviewers skim and skip around, looking for the particular information they're most interested in. Unfortunately, most proposals are written as if the authors intended for them to be read in their entirety. They don't make it easy for key information to be readily found.

The Access step is primarily about making the proposal skimmable so that key messages are easy to find. If you don't make your proposal skimmable—and almost no one does—then you've lost message control. You're expecting reviewers to read your proposal to find those key messages. Not a good idea! I offered some tips for writers on creating skimmable content in this previous post. As an editor, the first things I generally do are:

Once you have organized the original draft to facilitate skimmability, the next step is to make the content more understandable. Usually clarity has already been improved by identifying key points, highlighting them, and initially reorganizing content accordingly. But now you dive into paragraphs, sentences, and words.

Correct unclear or awkward sentences. There are usually plenty of these in the proposals and other documents I edit. You probably observe the same in your firm. Obviously, you want to fix grammar and punctuation errors. But more importantly, you want sentences that clearly communicate the message. Short and simple is usually better. A good test: Read what you've edited out loud. If it sounds clear spoken, it generally works in print.

Minimize the use of jargon and initialisms. You should edit proposals for a general audience because there's usually at least someone on the selection committee who doesn't have a technical background—or who has expertise in a different field. Jargon can exclude key decision makers. If you need to use such terminology, be sure to define it. Another form of jargon is the excessive use of initialisms, a common problem in our industry. I recently reviewed a proposal that had this sentence: "The team will review the CQA Plan prepared by the DBT and understand deployment and testing of the GCL, GM, and GC." C'mon, really?

Occasionally check your edits against readability statistics. Microsoft Word offers a couple popular ones: Flesch Reading Ease (50-70% is recommended) and Flesch-Kincade Grade Level (8-10 is recommended). It's a good idea to pay attention to the prevalence of passive sentences as well. Technical professionals tend to use these much too often. The advice for business writing is to have no more than 20% of your sentences in passive voice. If you want to do a more thorough assessment of your writing or editing, consider using ReadabilityFormulas.com.

The tone you use in your writing affects how the reader will respond to your message. That's because tone goes beyond the mere transfer of information; it introduces emotional context to your writing, which is critically important when you're trying to persuade someone. The technical style of writing commonly found in our proposals—with it's impersonal, dispassionate tone—is a poor choice for a document meant to sway decision makers.

Edit to achieve a business style of writing. This is more personal and less formal than the technical style of writing that permeates our profession. If you're unfamiliar with what this kind of editing entails, spend some time reading popular business periodicals and books, noting the difference in tone. It's more conversational, less stodgy, with ample use of personal pronouns. If someone suggests this style is less "professional" (as several have told me over the years), ask them if Harvard Business Review lacks professionalism.

Encourage your technical colleagues to write as they would say it. I touched on this valuable tip earlier. This is generally the quickest way to improve one's writing, especially in our business. Besides producing clearer writing, write-it-as-you-would-say-it helps technical professionals overcome the tendency to revert to "technicalese" in their proposal and business writing. And, of course, that means less deep editing for you or your team.

Use first and second person. This is the easiest way to make the narrative more personal. Several studies dating back to the 1960s have come to the same conclusion—you is the most persuasive word in the English language. So you clearly want to use it in your proposal. It facilitates the sense of connection between you and the reader. "We will work with you to develop the right solution" is considerably more effective than "ACME will work with the City to develop the right solution."

Trim the hype. While you don't want your proposal to read like a technical report, you don't want it to come across as too salesy either. It's an odd but not uncommon contradiction that the same engineer who considers it unprofessional to include the word you in a proposal has no qualms with piling up the superlatives regarding the firm's qualifications. So you find lines such as "industry-leading design" and "unparalleled client service" in even the driest proposal. Hype doesn't boost your qualifications; it only makes you look insincere. As editor, make the case for the substance of your qualifications without the embellishment.

Impact relates to how successful your proposal is in fulfilling its purpose, that is, to convince the client that your firm is the best choice. I list this step last because it is the final and most crucial test. Obviously, you shouldn't be developing proposal strategy at this late stage, nor deciding what client outcomes constitute success. If you haven't done that work early, you're almost certainly in a weak position to finish well.

But as editor, I have often found myself needing to bring those themes to the forefront. We too often "bury the lede," a journalistic term describing the practice of including too much detail at the cost of not clearly communicating the main message. Yes, the previous editing steps described above should have whittled away the superfluous verbiage and highlighted key messages. But the Impact step provides one last refinement of the narrative.

This final editing step works at two levels—skim and read. Do a skim level review again to confirm that the proposal's primary messaging is clear and readily accessible. Tweak as necessary. Sometimes I will add another simple graphic or table where I feel a key point needs further emphasis. The read level review takes a final look at tone, flow, and readability—as well as watching for any missed errors or omissions.

Write or edit the executive summary. There's a strong case for including an executive summary in every proposal, even if the RFP doesn't request one. Done right, the executive summary can be the most important section of your proposal, tilting the selection process in your favor. Unfortunately, most executive summaries I see are pretty tepid, hardly a game changer. A typical format that I use is to identify critical success factors and briefly describe how your firm will deliver each one. Make sure you keep the focus on the client, not your firm!

This editing workflow, as described above, omits a number of important details such as designing the document's layout, crafting your proposal story, and ensuring compliance with the RFP. But I've tried to feature aspects of the editing process that are often overlooked. Perhaps I've also changed your perspective on what is typically viewed as a rather mundane quality control activity. On the contrary, deep editing is a crucial part of the creation process. Master the process and watch your proposal success take off!

Posted by Mel Lester at 8:35 AM No comments: