The Best Proposal Differentiator That Almost Everyone Ignores 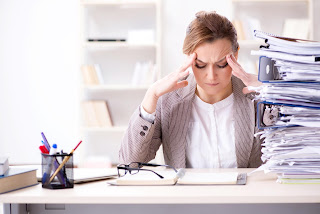 "How many of you think that clients read your entire proposal?"

No hands went up among the approximately 80 engineers, architects, and marketers in the room.

"What do they do then?" I asked. Everyone seemed to agree: They skim, they skip, they read the parts that matter most to them. "Why, then," I questioned, "do you make it so hard for them to do that?"

I then projected on the screen several sample pages from A/E proposals. They were pretty typical for our profession—long blocks of text mixed with a few bullets and occasional graphics. Often with small fonts and precious little white space. Hardly skim friendly.
These samples came from some of the most recognizable firms in the A/E industry (all found on the internet). In other words, even the big boys don't get it.

Newspapers do. They have long recognized that their readers scan the news, reading only those articles that interest them. So they design their publications accordingly. Many magazines do the same. Why don't we?

Over the years I've asked many clients how they review proposals. They've generally confirmed our suspicions. They don't read everything we write. They often don't read from front to back. They search for specific information.

One Navy contracts officer said that he spent less than one minute per proposal in his initial screening. Imagine that—all that work and your firm was potentially out of the running in 60 seconds. How many of those proposals were designed with that in mind? Ours were after that conversation!

This is the differentiator that no one talks about. There's a lot that goes into crafting a winning proposal. You need to provide the information the client requested. You need a compelling narrative. You want it to look attractive and professional. But have you considered how well it communicates the core messages? It benefits you little if you have the right content but it's missed by the client.

Don't think that doesn't happen. I've reviewed hundreds of proposals (albeit not as client) and I find most of them a taxing read. They're usually not well written, too wordy, and often too technical. Many are hard on the eyes, with few text breaks, little white space, sparse graphic elements. And perhaps what bothers me most: They're too much alike.

Now imagine sitting there with a stack of them. How closely are you going to read each one, especially when you're working on proposal number 15...23...32?

Did you know that it takes the average American adult about an hour to read 35 pages of text? Most A/E proposals are longer than that, some several times that length. How much time do you expect the client to spend with your proposal?

So if the client doesn't read your whole proposal, how do you know if the most important points will be read? If you make those points skimmable, the risk of them being overlooked is greatly diminished. Plus clients appreciate being able to determine the gist of your proposal quickly, without having to read it all.

Years ago, as corporate proposal manager for a national environmental firm, we beat seemingly insurmountable odds to win a major contract worth $30 million. Our 30-page proposal (one page for each million, I instructed the team) arrived in half-inch binders. The client told us they were immediately intrigued when they saw the size of our submittal, assuming we had either taken a fresh approach or somehow had misunderstood the RFP requirements.

But inside they found 30 well-illustrated, skimmable, thought-provoking pages that soon moved us from underdogs to leaders of the pack. "You packed more insight into 30 pages," one reviewer told us, "than the others did in two to four times that many." They were among several clients over the years who told us they enjoyed reading our proposal.

Imagine that—clients enjoying your proposal because it's so user friendly! So how do you prepare a proposal like that? That's the topic for my next post.