Effective Leaders Must Be Visible 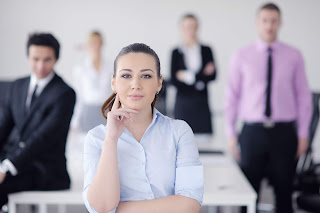 Over the years of working with many different A/E and environmental firms, I've seen my share of invisible company leaders. They cloister themselves in their office, often behind closed doors. They seldom hold staff meetings and rarely visit the branch offices. They communicate primarily by email. Their internal interactions are largely limited to a few members of the management team.

And their firms usually suffer from their lack of engagement.

To better understand the harm done by invisible leaders, let's revisit some of the vital things that strong leaders do:
In other words, leadership involves engaging others. For many technically-oriented managers, it's easier to focus on the task list than to tackle the human dynamics that really make a company successful. The best leaders spend most of their time with other people because corporate success comes from collective effort that flourishes with conspicuous leadership.

So how do you become a more visible and effective leader? A few suggestions:

Don't succumb to the tyranny of the urgent. Perhaps the most common reason that managers fail to become visible leaders is busyness. All leaders face the predicament of having more things to do than time to do them, but visible leaders succeed in prioritizing the things that matter most. They are able to break free from the addictive pull of urgency, where noncritical tasks that need to be done in the near term take precedence over matters that are critically important but not urgent.

What you're likely to find among these urgent-but-not-important issues is a preponderance of tasks that pull managers away from leading others, tasks that tend to isolate them from those they should be engaging. As a leader, one of your highest priorities should be spending time helping other people be more effective. This, in effect, multiplies your impact through their efforts—what I call the Time Investment Principle.

Prefer conversation over email. The advent of email has greatly facilitated the communication of information, but it is frequently overused and misapplied to the detriment of the organization. The leader's most important communication responsibilities—engaging and motivating others—are ill suited for email. It lacks the emotional dimension that is critical for these communication tasks.

In conversation, body language, voice tone, and the words used all work together to convey the message. Email can only communicate content. There is no body language or voice tone to give words the added context and nuance that is possible in face-to-face conversation. This leads to a good deal of misunderstanding when email is used to communicate sensitive or emotionally-charged messages. Even emails that weren't intended to be sensitive in nature are often interpreted that way.

As a leader, avoid relying too much on email as a means of engaging staff. Meet with them instead, or have a phone conversation, when there is an emotional element to the message (e.g., trying to persuade, delivering bad news, dealing with controversy, reprimanding). Besides the inherent limits of email, most in our profession have their own limitations as writers. That doubly makes email a poor substitute for other more effective means of communicating as a (visible) leader.

Delegate responsibilities appropriately. Another key factor in keeping leaders invisible is their getting too involved in "administrative" tasks that would be better delegated to others. Micromanagers fall into this group. They spend too much time doing things that should be entrusted to others, and too little time helping develop staff capabilities to assume those responsibilities. The critical transition here is moving from doer to leader of doers. Many find this a difficult change to make.

But failing to delegate these routine tasks prevents leaders from devoting enough attention to matters of strategic value to the firm. This is the most common failing in implementing strategy—leaders who are too busy with day-to-day operational tasks to help position their firm for greater success. Effective strategy ultimately requires engaging others in doing things differently going forward. It requires visible leaders actively working with and inspiring their colleagues. The first step involves relinquishing tasks that others can do and creating more "strategic capacity" to devote to the activities where you can provide the most value.